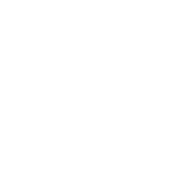 Confessions of a Runner

Ultrarunning evokes notions of insanity, dedication, and the pursuit of mind over body. A blend of eye-popping scenery, extreme human achievement, and revealing personal stories, Confessions of a Runner features Patrick Vaughan—an accomplished trail runner, small business owner, parent, and survivor of serious physical impairments—as he shares his story of healing and redemption while pursuing the record for completing the Lebanon Mountain Trail 470km.

Exquisite handheld and drone cinematography and a soundtrack from local musicians provide context to this rugged north-to-south trail run, traversing from Syria to the Israeli border. Experience the Lebanese Mountain Trail through the strides and sweat of Patrick and the experiences of guide and record-holder Avedis Kalpaklian and other local runners. Patrick keeps one eye on his GPS and the other eye on the prize, breaking the record of eight days set by Avedis, a stand-out Lebanese mountain athlete and ultra-runner.

Unscripted and unpredictable, Confessions is an exploration of what has driven Patrick to run incredible distances and redefine his limits in an inspiring journey to peace and redemption. 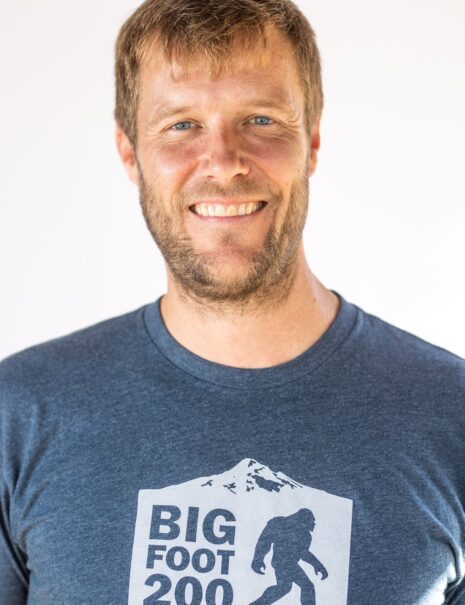 Executive Producer Patrick Vaughan is the founder and owner of GEN3i, a VAR (value-added reseller) focused on delivering integrated client solutions for IT, information governance, and business users. Services range from data management and archiving to compliance, privacy, and security for primarily US government clients.

He was also the proprietor of House of Steep, a healing tea and tranquil space in Arlington, VA.

After running his first trail race, the North Face Endurance Challenge, a half-marathon, three years ago, Patrick ran his first Ultra-marathon in September 2015. He was a standout youth soccer player until a serious case of Osgood-Schlatter’s disease, which affects the tibia bones, ended his participation in that sport.

Formerly married to a Lebanese woman, with whom he has twin nine-year-old boys, Aidan and Luke, Patrick has traveled to Lebanon numerous times, sparking his desire to break the record of running the entire 282-mile Lebanon Mountain Trail—which was 8 days, 9 hours.

Patrick is the lead character in the Confessions of a Runner pilot and the host/interviewer/competitor in subsequent episodes of the series.

He is a University of Maryland graduate with degrees in computer science and business finance.

Patrick is one of the founders of House of Steep Productions, and is the lead character in Confessions of a Runner. He is also the host/interviewer/competitor in subsequent episodes of the series.Read More 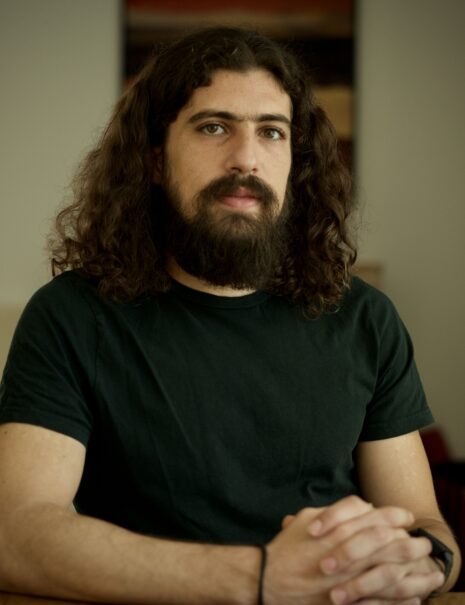 Bachar Khattar, Director, was born in Lebanon, and grew up in Beirut, obtaining a degree in Audiovisual Studies in 2008 from Saint Joseph University. His first short film won the Best Short Film Award in Lebanon at the Notre Dame University, and he immediately moved into filming commercials, TV shows, and web series for popular artists in the region, as well as short documentaries.

In 2014, Bachar worked as Director of Photography on Yemeniettes, his first feature documentary. The film showcased three Yemeni teenage girls who enter an entrepreneurship competition but along the way encounter the hardships of a country marked by a broken educational system, joblessness, and the threatening presence of Al-Qaeda. The project won several awards, including Best Documentary Award at the High Falls Film Festival in Rochester, NY.

An avid outdoorsman, Bachar’s love for the Lebanese countryside led him to meet Avedis Kalpaklian, the first Lebanon Mountain Trail Ultra runner, and subsequently Patrick Vaughan. He is the principal cinematographer for Confessions of a Runner, beginning with the race footage from June 2017.

Bachar now lives with his wife and two-year-old son between Beirut and Ottawa. His fluency in three languages (English, Arabic, and French) allows him to meet different people with interesting stories to document.

Bachar is one of the founders of House of Steep Productions, and is the principal cinematographer for Confessions of a Runner, beginning with the race footage from June 2017.Read More 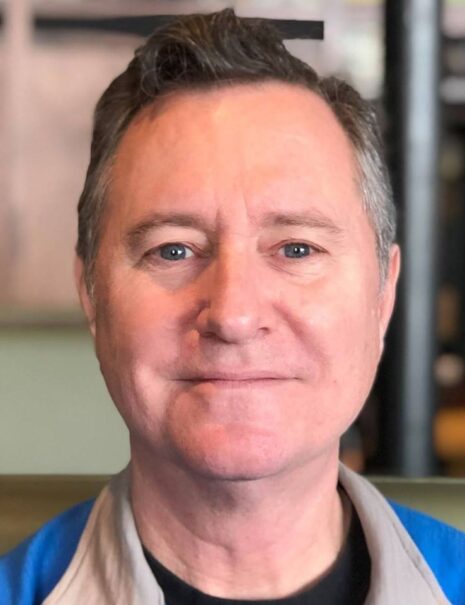 In addition, Timothy has worked as Acting Director of the Discovery Health Channel, Senior Editorial Producer of Ted Turner Documentaries, Executive Producer of 2011 Official Sundance selection The Last Mountain, about mountaintop removal coal mining in West Virginia, and producer of documentary films including A Motherland Tour, about maternal health, HIV/AIDS, and malaria in Africa, and How I Got Over, a story of 15 previously homeless, incarcerated, drug-addicted women who use theatrical role playing as rehabilitation therapy.

Currently he is Executive Producer and Managing Director of Broadcasting and Marketing for the World Flying Disc Federation (www.wfdf.org), which is working to add Mixed-Gender Ultimate Frisbee to the Olympic competition schedule in 2024 or 2028.

Timothy is a Political Science and German graduate of Middlebury College.

Timothy is a network sports television and documentary film producer and executive, with production credits at ABC Sports, ESPN, and Turner Broadcasting. Timothy is one of the producers for Confessions of a Runner.Read More 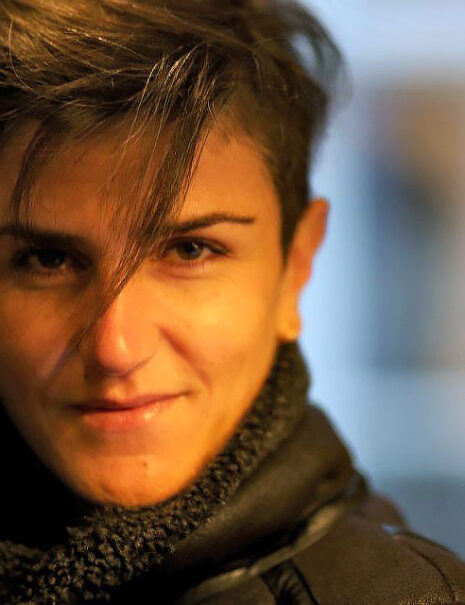 Denise Jabbour is a Creative Producer from Beirut, Lebanon.

After a few years, she worked as a production manager on 2 Arabic web-drama series: The Emmy award winning ‘Shankaboot’ & ‘Fasateen’, both produced by Batoota Films.

In 2014, she initiated & produced “Zyara”, the doc web-series, as the first creation of her Humanitarian Arts Association “Home of Cine-Jam” in partnership with Muriel Aboulrouss.

Denise Jabbour is a Creative Producer from Beirut, Lebanon. Denise is one of the producers for Confessions of a Runner.Read More 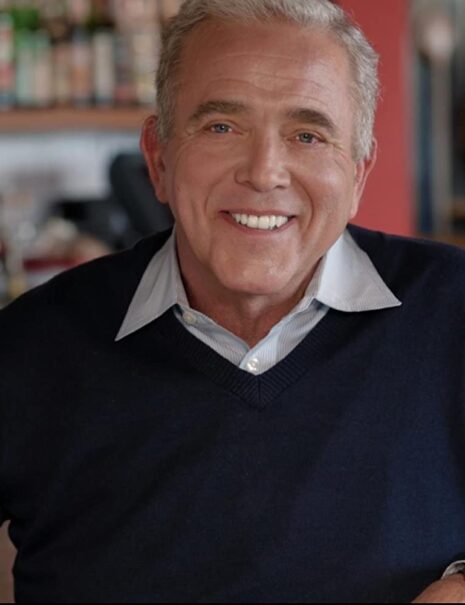 Jerome Gary is an Academy Award and Emmy nominated filmmaker. He is the Chairman of Visionaire Media and the MENA Media Fund, which in association with the US Department of State, invests in media in the Middle East and North Africa. The Fund has more than twenty projects in various stages of production. His film credits include Pumping Iron, the Academy Award-nominated documentary that launched the career of Arnold Schwarzenegger; Stripper, the critically acclaimed feature documentary distributed by Twentieth Century Fox; Old Boyfriends, starring John Belushi and Talia Shire; The Russians, an eight hour television series for TNT that won a Cine Golden Eagle; the award-winning Laughs series for HBO with P.J. O'Rourke; The Gathering (Miramax); Rebel Highway (Showtime); and Double Switch (an interactive game for Sega), and Generation Iron, released in 2015.

He has worked extensively in the Middle East since 2004. He created, executive produced and directed the Sundance Channel series, On the Road in America (three seasons) about four young Arabs traveling across America with an American film crew. Other productions include Arab Muslim Women (6-part series), Trading Places (pilot), American Caravan (6-part series ), and Life After Death, a feature documentary.

He graduated from Yale University with Honors in History of the Arts and Letters and is a member of the WGA and DGA.

Jerome is an Academy Award and Emmy nominated filmmaker. He is the Chairman of Visionaire Media and the MENA Media Fund. Jerome is an executive producer on Confessions of a Runner.Read More
About the Series

People who run up and down mountains for up to 100 continuous hours can’t possibly be normal, right? But they are more like the rest of us than you would imagine. Some overcome extreme physical and mental adversity and then progress to running 100-mile and 200-mile races as therapy…or redemption. For others, it is a natural progression from a mile to a 5k to a 10k to marathon and ultra-marathon distances as they push themselves to achieve greater challenges

Confessions of a Runner is a verité, athlete-driven series focusing on elite runners whose unique insights into the diversity and competitive nature of the human spirit are uplifting and astonishing. Unlike runners pursuing Olympic medals, or fame and glory, most ultra-runners have more complex reasons for their all-consuming hobby. Sure, some of the best have sponsors; but even they have day jobs, families, and other interests. For most, it is simply the challenge of finishing a race—preferably near the front of the pack—that propels these remarkable people to achieve peak performance running up, across, and down mountain trails all over the world.

I went to Lebanon for many years and never saw any of the places I saw on this trail. The coolest thing about this trail is that it’s connecting the history of the country, which everybody is at least somewhat familiar with…but with the natural aspect, that nobody is aware of at all.

The pilot, featuring Patrick running solo in pursuit of the record for completing the Lebanon Mountain Trail—282 miles with thousands of feet of vertical ascents and descents—in seven days, is mesmerizingly beautiful. The father of nine-year-old twins with his Lebanese ex-wife, Patrick has developed a strong affinity for the country; but, he says, “I went to Lebanon for many years and never saw any of the places I saw on this trail. The coolest thing about this trail is that it’s connecting the history of the country, which everybody is at least somewhat familiar with…but with the natural aspect, that nobody is aware of at all.” Patrick keeps one eye on his GPS and the other eye on the prize: breaking the record set by Avedis Kalpaklian, a stand-out Lebanese mountain athlete and ultra-running competitor.

Patrick has a way of making the incredible seem plausible. Managing an IT company and running ultramarathons almost monthly, Patrick is our guide into the world of extreme sports and the intense people who pursue trail running for myriad reasons.

In sum, Confessions of a Runner, the first in a series of six episodes about ultrarunners, what makes them tick and the stunning geography where they seek peace and redemption, is a gateway program to understanding the pursuit of healing, perseverance, and self-awareness. This is a series for all seasons. Subsequent episodes, with Patrick as host—while racing with and against the other lead characters—feature an alluring lineup of ultra-runners conquering some of the most demanding terrain the sport has to offer.

House of Steep Productions intends to deliver six season-one episodes of Confessions of a Runner by employing a hybrid production strategy: We will blend race coverage with verité storylines, shot with protagonists and secondary characters in each discrete program ahead of time. As with the famous “Up Close and Personals,” our intent is to capture the personalities behind the competitors…to experience them at home, at work, at play, to see and feel what makes them tick, and then, in the mountains, to run in their shoes—and see and hear what makes them fly.

Having our Host, Patrick Vaughan, in the competition is a crucial component to this execution, as his acceptance by his peers will yield insights, nuances, and intrigue unavailable to outsiders.

We have identified a group of endurance athletes with interesting stories representing a range of topics. Our approach is to follow each athlete during a unique ultramarathon distance challenge focusing on long trail record attempts and races in the 200 mile plus range.

House of Steep Productions will shoot on location in 4K (Ultra HD) and at least 50MB/second bitrate with drone coverage, handheld gyro-stabilized cameras, and state-of-the-art audio recording capabilities. We can deploy our documentary teams to international events, from the Pyrenees to the Arctic to the Atacama Desert. 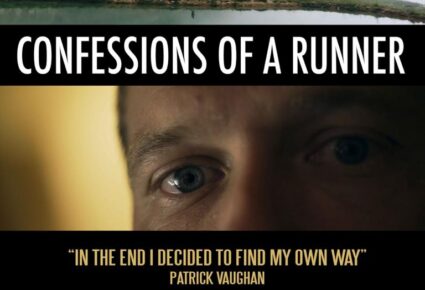 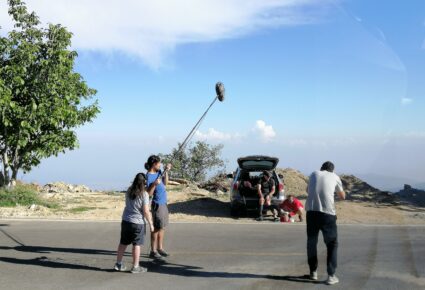 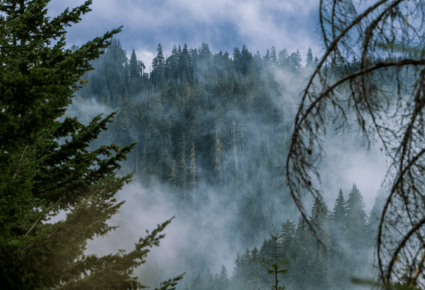 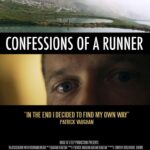 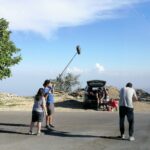 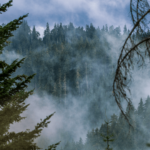